We typically think of aspens as white, but here in the steep, deeply shadowed valleys of the Rocky Mountains, a broader spectrum of coloration is evinced. The bright white normally associated with the aspen is actually just a powder of dead, dry cells which act as a natural sunscreen and can be shed to allow more sunlight to the inner layers of bark which contain substantial amounts of chlorophyll.

This bark chlorophyll the most of any tree, in fact produces energy throughout long, dark winters, allowing the aspen to survive at the highest altitudes and northernmost latitudes of any deciduous tree. Perhaps unsurprisingly, aspens with stronger coloration have been found to be more winter hardy, as with this deep green stand at 8,000 feet in the Uncompahgre National Forest near Telluride, Colorado.

The three individual trees in this image with the pink, brown and missing bark have fallen victim to a fungal infection called cryptosphaeria canker. As with anything else in nature, the fungus plays an important role in the delicate and complex balance of a healthy ecosystem. Although the disease can quickly get out of control in stressed populations, small numbers of such standing dead trees provide important habitat for the cavity-dwelling inhabitants of the forest including birds, bats and other small mammals.

This image is printed on canvas unless otherwise requested. 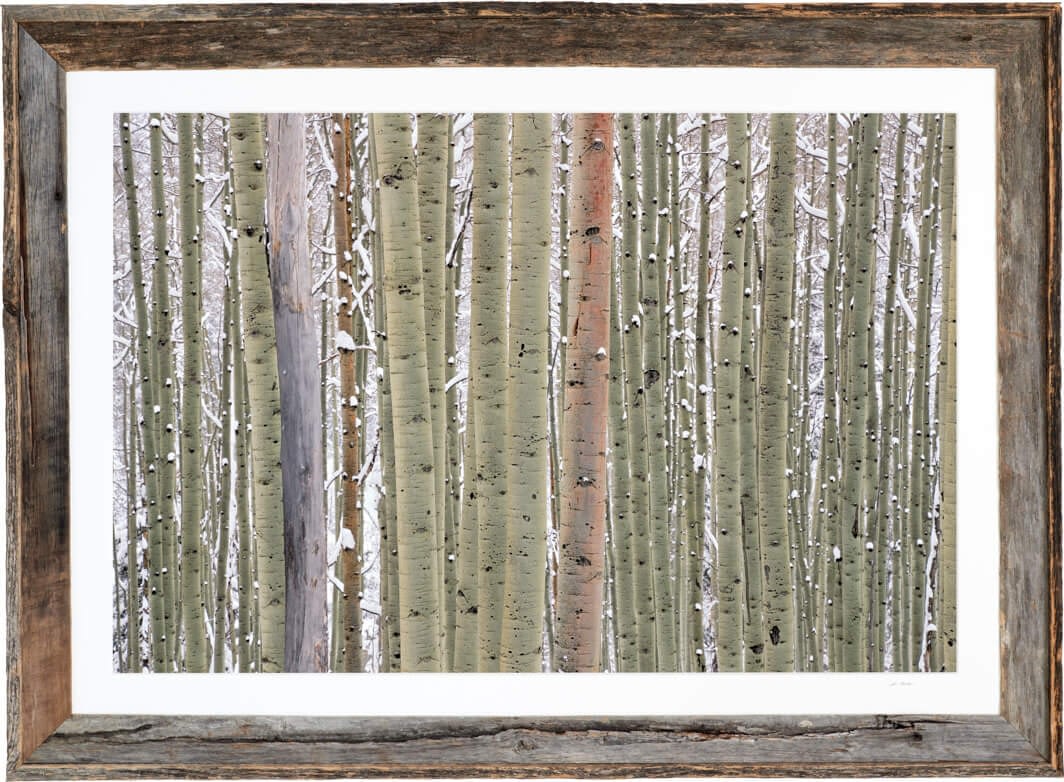 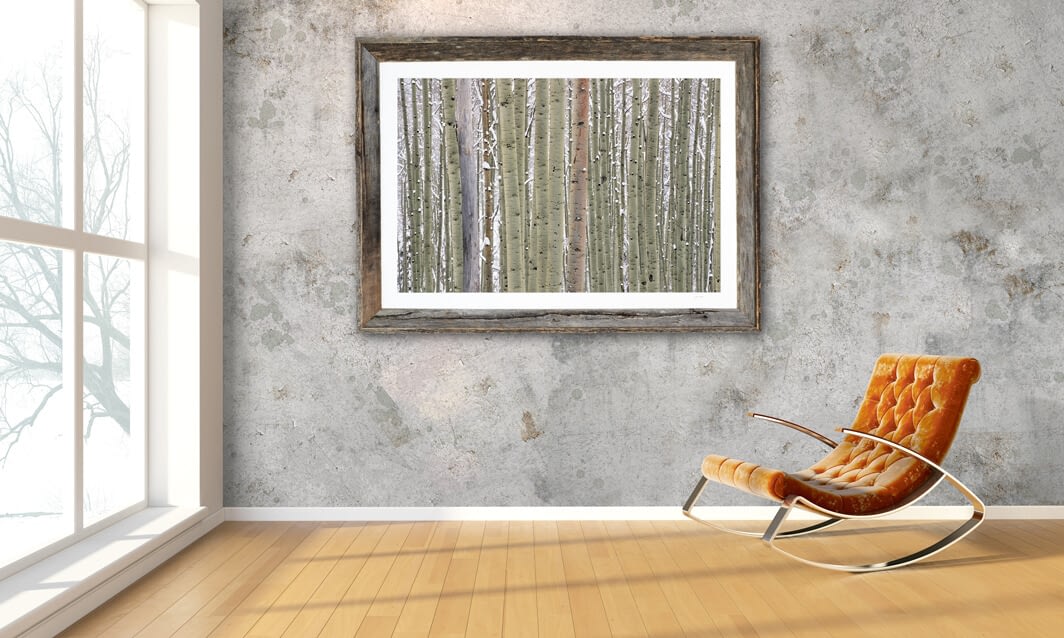